Addicted To Cheese? There May Be a Reason Why…

You are here: Home1 / Addicted To Cheese? There May Be a Reason Why… 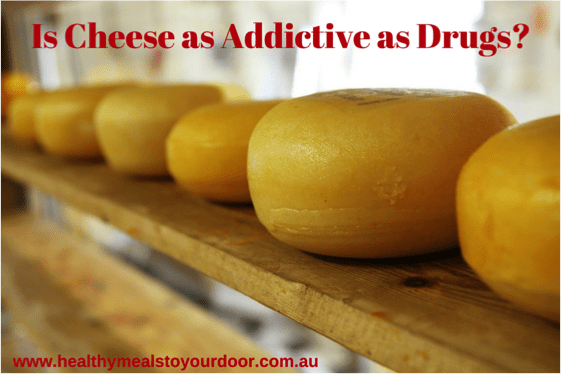 Sometimes I ask my clients which food they would find hardest to give up.  Ironically it is often a food they are highly sensitive too, but don’t realise it, and this will give me clues as to what those foods might be.  Interestingly cheese and chocolate feature a lot… and it may be something to do with casein and how it acts a little bit like an opiate in the brain.

The University of Michigan recently completed a study using about 500 participants that focused on which items/products serve as the ‘drugs’ of the food world. From their findings they produced a list of foods that were most addictive and foods that were least addictive. You may or may not be surprised that unprocessed items like salmon and brown rice were not associated with addictive eating behaviours, while highly processed foods were. These included chips and cakes, but topping the list was: pizza.

As we know, most processed foods have one thing in common: a tantalizing fat and sugar combo. And pizza… has fatty oozy gooey… you guessed it, cheese! Of course, there are also the added sugars in the tomato sauce and the refined carbs in the dough that turn on the dopamine receptors in our brain (the chemicals that are highly linked to addiction), but cheese seems to have a certain ingredient that is responsible for getting us hooked: casein. Casein is the protein found in all milk products but exists in cheese in higher concentrations (it takes 10 pounds of milk to produce 1 pound of cheese).

But how is casein related to addiction? Well when casein breaks down it releases a compound called casomorphins. These casomorphins then interact with our dopamine receptors, which, as we know, play a huge role in controlling pain, reward and addictive behaviours in the brain. So yes, there is an addictive potential of cheese and other processed foods …

Another thing milk products have in them is trytophan (an amino acid), and when coupled with a sugary delivery system, like found in chocolate, or dairy products which do naturally contain sugars like lactose, but often processed food contain additional sugars as well.  Serotonin is our happy or calming neurotransmitter in the brain.  People report seemingly calming and sedating – drug like effects of eating chocolate or cheese.  Tryptophan is the key amino acid in the formation of serotonin… our calming happy hormone.

It is no wonder people feel like they can’t live without cheese … and chocolate.