You are here: Home1 / European Countries Put a Stop to GMO’s 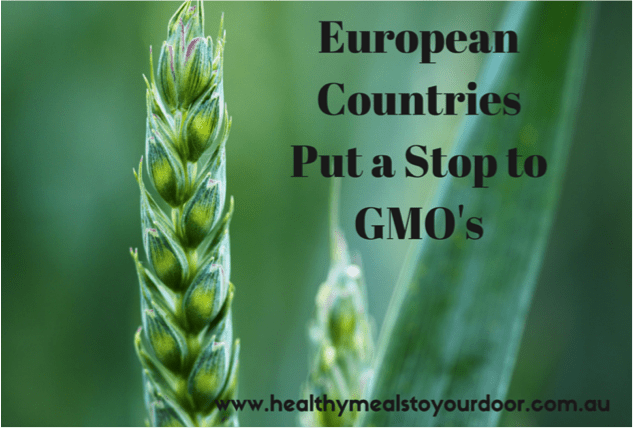 An article by Ecowatch has recently informed us of the results from the European anti-GMO wave. Nineteen European countries have decided to say a big no to GMO’s, representing 65% of the European population and 66% of its farmable land. This means that genetically modified crops will not be allowed to be grown in the countries that have chosen to opt out. A few of these countries include Austria, Belgium, Germany, Greece, France, Poland and Hungary.

Genetically modified crops are crops that have had their DNA modified to add some sort of commercial benefit that the natural plant does not naturally possess. It could be for the purpose of pest and disease resistance or to change the nutrient profile of the plant.

Fortunately, the only GM crops that Australia grows are canola and cotton which we can consume in the form of oil. Unfortunately, Australia imports a lot of food from the US and most of these are genetically modified. Reading labels and buying mostly organic produce can help if you want to avoid GM foods.